Some Coleoptera are referred to as "Jewel Beetles" because of the diverse array of iridescent colors they display. One method in which this is accomplished is the use of photonic crystals (Wikipedia: "optical nanostructures that are designed to affect the motion of photons." uh-huh, yea, okay ...) particularly by some weevils of the genus Pachyrhynchus. 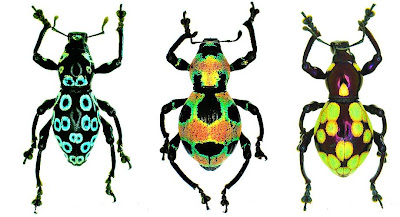 These tropical beetles produce a three-dimensional photonic crystalline structure that are arranged hexagonally - similar to how crystals are arranged in the gemstone Opal. It is suggested that the metallic patterns probably evolved to make the beetles recognizable to other members of it's species in the diminished light under the forest canopy (sorry, doesn't quite sound right to me. Dare I bring up polarized light again?). 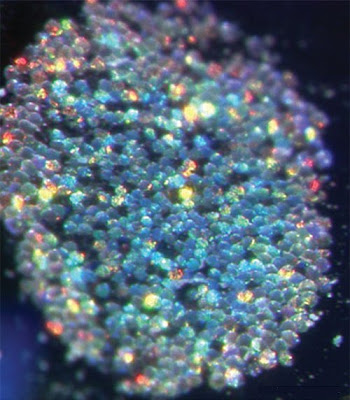 Under scanning electron microscopy, the refractive visible layer (surface layer) of the structure appears as a thin plate of chitin perforated by a series of circular holes arranged along a two-dimensional triangular lattice (Welch, et al., 2007). 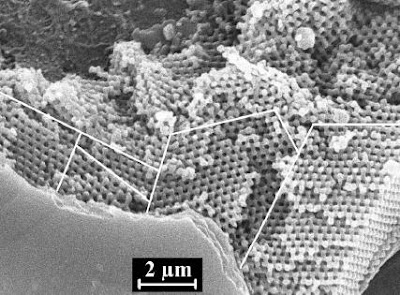 Males of Hoplia coerulea Drury are known for their spectacular bluish-violet iridescence. This blue coloration is caused by it's squamal (scales) photonic structure that creates a refractive index from utilizing a mix of air and chitin. 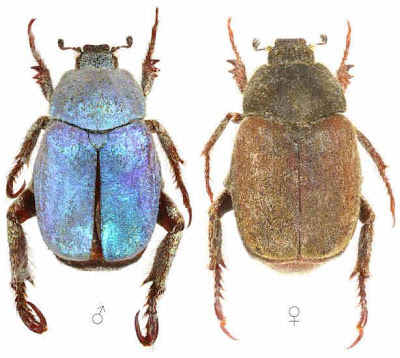 The use of photonic crystals in nature for coloration may be found in many other invertebrates, birds, and fish. The subject is more complex than the brief comments I have offered here.