My friend and coworker, Al, knowing of my interest in coleoptera ("bugs"), encountered this in the parking lot and presented it to me this morning ... 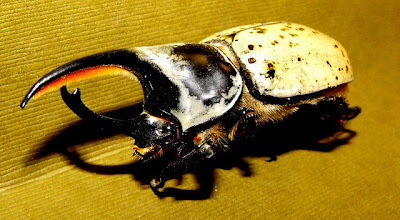 He had no idea what it was and had never seen anything like it before.

What is perplexing is that the surrounding area is Highland Mesquite/Grasslands at 5200 feet elevation - no suitable hardwood host(s) within sight. So what explains it's presence?

Speculation suggests that perhaps it blew in from nearby mountain ranges upon an errant monsoonal cell as the monsoon patterns this season have been extremely erratic and unpredictable.

Is it possible that Dynastes would utilize decomposed Mesquite root crowns?

As a side note, Al also found a Chrysina gloriosa LeConte in the same area in late July. Another unlikely occurrence that has me wondering ... 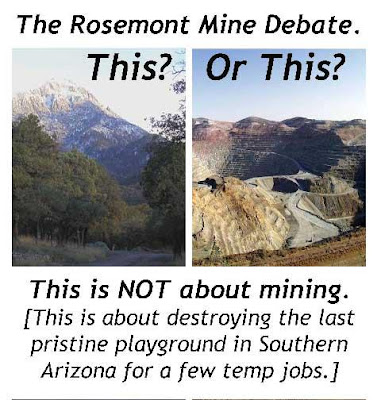 Courtesy of
http://www.scenicsantaritas.org/home
No comments: