Cyphochilus is a genus of Melolonthinae that occurs in Southeast Asia. It is suggested that the beetle’s white dorsal coloration has evolved to mimic local white fungi as a form of crypsis or camouflage while it feeds on sugar cane. 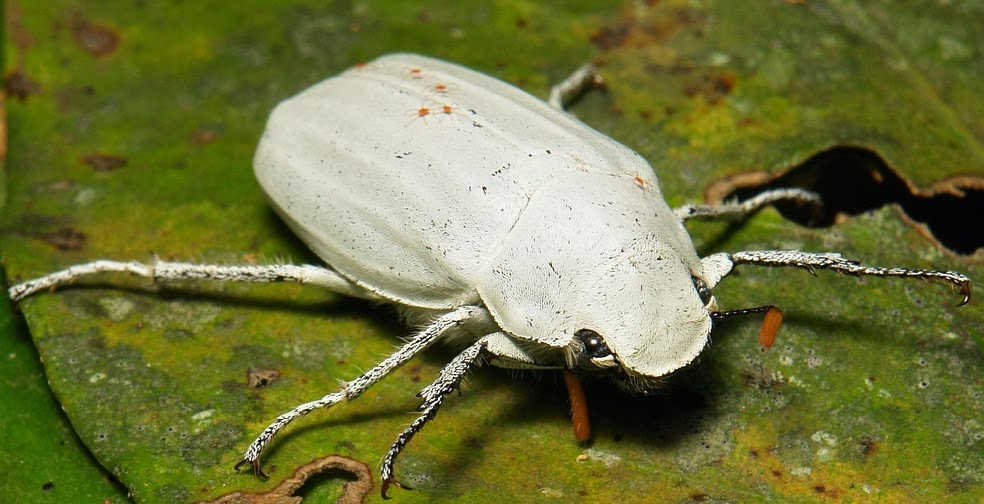 
The recent discovery of a fossil species of Pleocoma LeConte from Yixian Formation, Late Mesozoic, Liaoning Province, People's Republic of China, suggests that the genus was once more widely distributed and has only recently (in geological terms) become restricted to the extreme Pacific Coast of  North America (i.e., Washington south to Baja California).

Interestingly, this is not the only family group that lived in the Mesozoic of the Eastern Hemisphere and remains extant in the recent fauna of the Western Hemisphere. Over the last few years, several species of the family Hybosoridae (representing the subfamily Anaidinae Nikolajev, tribe Ivieolini Howden & Gill, of the subfamily Ceratocanthinae Martínez), the recent members of which currently live exclusively in South America, have been described from the Mesozoic of Siberia and China.