I have taken it as early as March, then sporadically through summer, into early fall. Although circumstantial, it seems to fly early in the evening.

Two of the beetles were alive and active indicating they had flown that morning.

I ponder why one particular brown sugar/beer trap is the most productive, consistently attracting beetles?

Consider, it hangs on the south edge of a large stand of 10-14 foot mesquites and is exposed to full sun for most of the day - from early morning to late afternoon ( i.e., during peak hours of M. robusta activity). Is it possible that solar radiation heats the fermenting trap contents making them more aromatic and attractive? The other traps are, more or less, hung in filtered sunlight being placed within the mesquite canopy. Or, as Occam's Razor decrees: "All things being equal, the simplest solution tends to be the best one,"  ... the trap is fortuitously placed in a good location.

(20) M. robusta - will sort to gender upon curating.
Remarks. "I love the smell of fermenting brown sugar-beer in the morning.
It smells like ... victory."

I hadn't had an opportunity to check trap contents since their deployment on October 4. Three traps, still contained about an inch of bait mix.

( -- ) M. robusta
Remarks. Individual beetles and mating pairs were still active on smaller (± 2-6 inch diameter) limbs of Prosopis glandulosa. I had removed all the traps earlier in the week. This trip was for investigative purposes as I was hoping to document evidence of beetle emergence. I asked Fred Skillman, Longhorn Ranch, Dragoon Mountains, to join me. 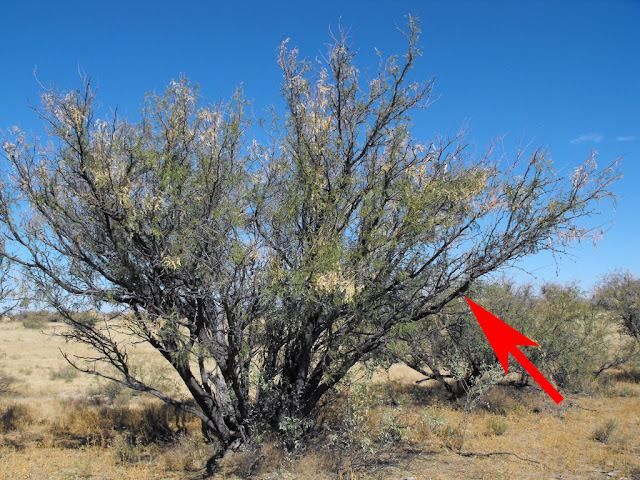 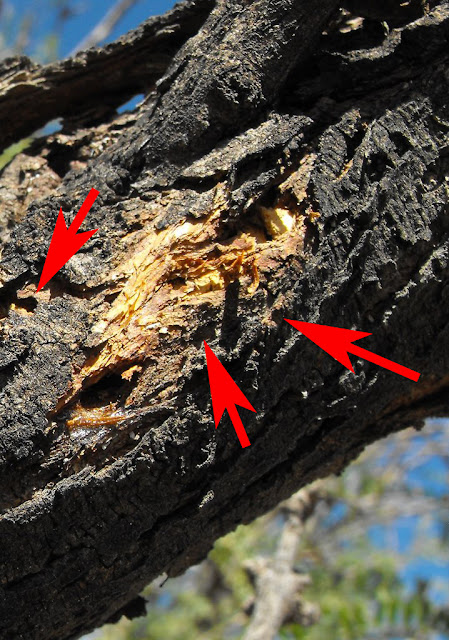 (Above). Arrow indicates area of Propsopis limb where emergence holes were observed. There were several similar areas throughout this tree but these were the most convenient to photograph. I lack irrefutable evidence indicating that these are actual M. robusta emergence holes, however, adults were actively flying and crawling over this area while I was present.

I cannot explain the other slight damage to this particular area. 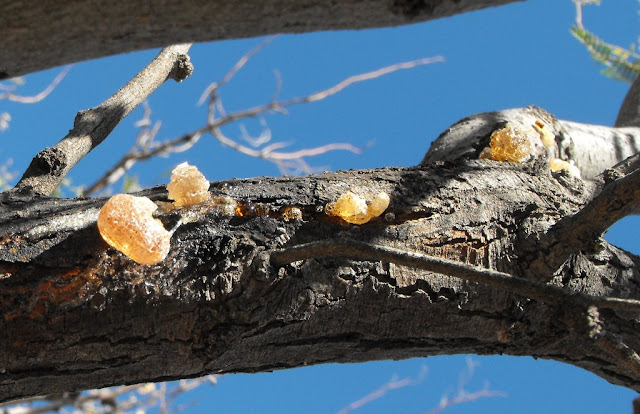 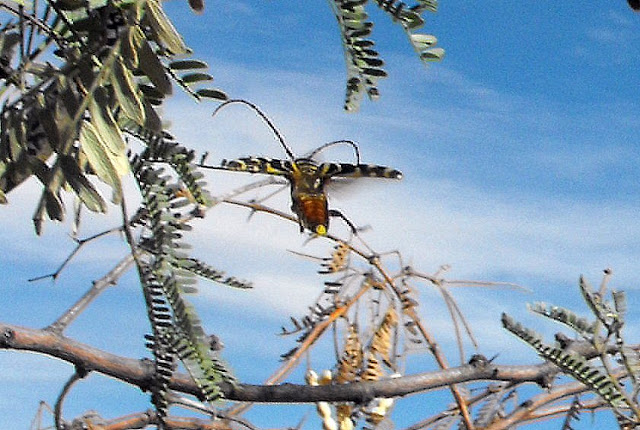