How to eat a Triceratops:
Open It Like a Soda Can

I’ve always been fascinated by dinosaurs and other prehistoric creatures. If I hadn't become an entomologist, I would have been a vertebrate paleontologist in search dinosaur fossils. In a departure from my usual entomo-banter, I offer this recent article on Tyrannosaurus behavior. 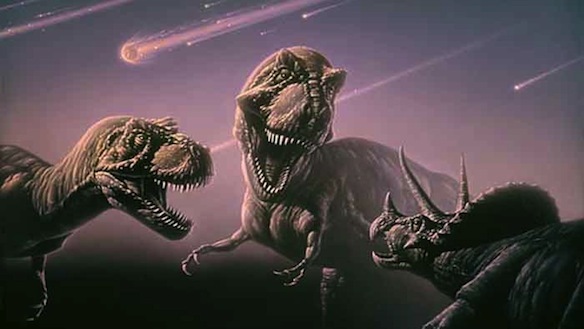 Denver Fowler, of the Museum of the Rockies in Bozeman, Montana, presented research at the Society of Vertebrate Paleontology's meeting last week that suggests Tyrannosaurus fed on Triceratops by ripping their heads clean off.

By studying Tyrannosaur tooth marks on Triceratops specimens, Fowler and his co-authors found that Tyrannosaurs would regularly bite the Triceratops’ frills. Apparently, the bite marks weren’t from battles with other dinosaurs as none showed signs of healing, but, suggested they were from post-mortem carcass scavenging. Because the marks were determined to be consistent, the team posited an interesting hypothesis: Tyrannosaurus used Triceratops’ frills as a lever to rip their skulls from their body - like a tab on a soda can - to expose the dense and meaty neck muscles. 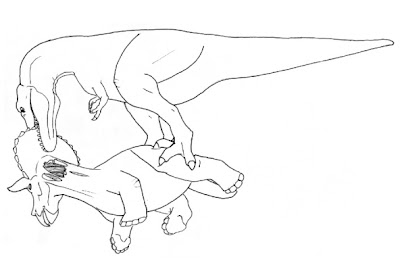